Development is going okay. Android development is pretty slow, probably due to our unfamiliarity with the platform. Can’t really be helped, I guess, but it does make me wish sometimes that we had gone with a standard webapp or a mobile webapp like React Native / Cordova. Still, bit too late to be changing now.

One problem that I do forsee is that the iOS version isn’t going to be done (or hasn’t even been started on, by the looks of it), so our app is going to be android-exclusive. Which is a bit troubling, since it has a lot of social features, meaning that we’ll lose out half of our potential users from the get-go, and it will be a lot harder to get the network effect with the remaining half.

Doing UI/UX reviews internally is pretty interesting. I seem to have developed a knack for seeing what’s problematic with a particular design and pointing out how it can be improved. Maybe it’s because I’m not developing the frontend, which is why I can look at it from the perspective of the user. This probably would prove to be a pretty useful skill in the future, if I am able to apply it similarly to my own projects. 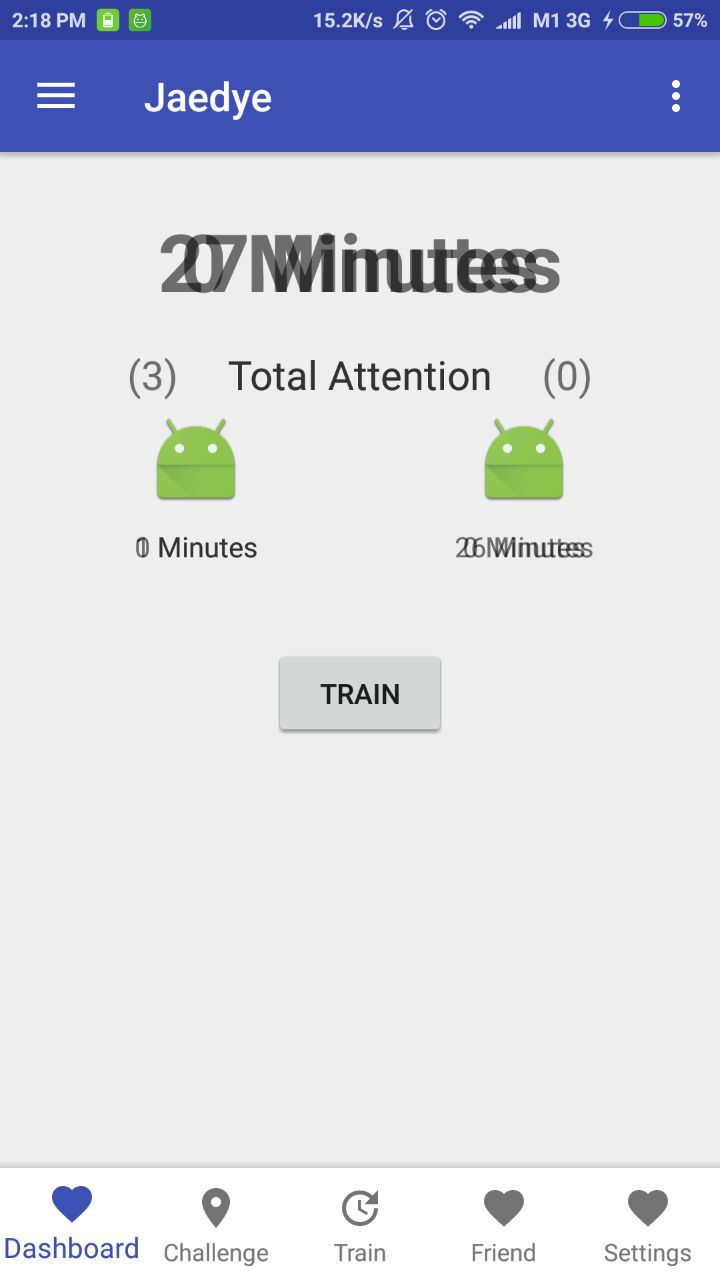 This is what the main dashboard looks like right now. It’s not very pretty (plus there’s some double-vision bug where the same thing is being rendered twice). Will fix, hopefully.

During our weekly meeting, we also discussed marketing strategies. We went into the meeting with some pretty run-of-the-mill strategies, like posters, hustling, working with faculty clubs, etc. One potential idea we got was to distribute exam study materials, so people would have their name in their faces when they studied (since our app trains focus, our value proposition is to help people focus when studying).

Bjorn shared with us some of the marketing tricks he used when he was a student, and they were pretty interesting. One of them was to get brightly-coloured paper and transparent plastic, and use it to create a trail from, say, the bus stop to CLB, for example. The idea is that nobody looks at eye-level anymore, they’re all looking at their phones or elsewhere to avoid eye contact with other people, so having something interesting to read on the ground (the plastic is for protection from people/shoes) neatly fits both purposes.

During the meeting, I also came up with the bright idea of developing stickers to be pasted at common study areas (Library, ERC, et cetera). People might take the most notice of these when they’re studying and get distracted, and would be motivated to download our app.